How to Pop a Change Bubble 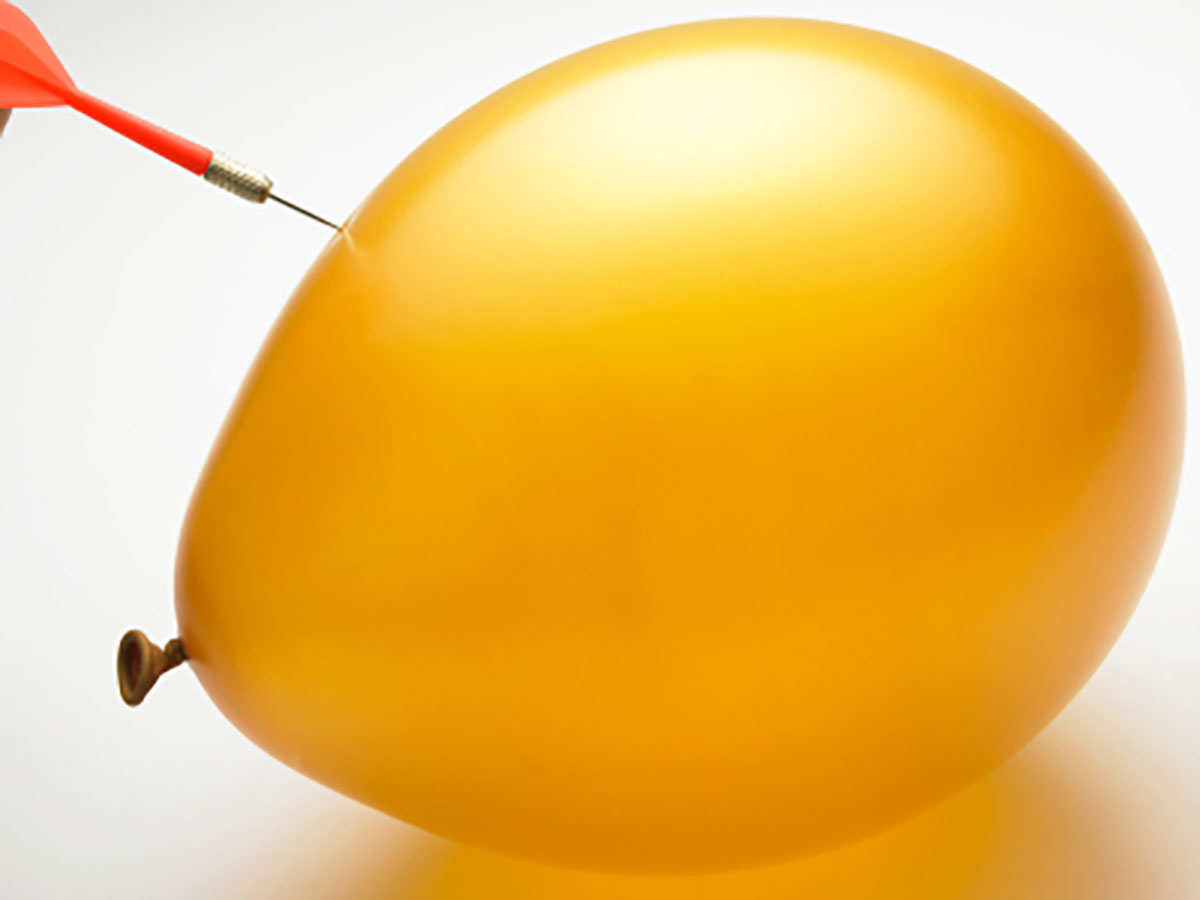 How to Pop a Change Bubble
by bsnyder, in Employees

The FUD factor: Fear . . . Uncertainty . . . Doubt. It affects everyone in one way or another.  Some get paralyzed by it and others get a rush of excitement. Nowhere is this truer in our lives than how we deal with change, especially when it is forced on us and out of our control. It can be a change in employment, additional responsibilities, a new way of doing things, or different people to work with.

When we don’t view a change as favorable and our FUD factor is running way above average we usually respond by initiating some defenses. These defenses range from denying that the change is present, minimizing its existence, avoiding interaction with it, or eliminating it all together. Another way of looking at these responses is to visualize the person confronted with the change creating a bubble around themself that insulates them from having to embrace and assimilate the change. These bubbles can be really thick and difficult to pop. In addition, they are unique to each individual because of the person’s FUD factor related to the change.

There has been a lot written on how to prepare people for change and how a person going through change can deal with it better, but little has been written that helps a manager get his employees to deal with a change so the business can move forward. This is a real issue. When a person’s change bubble cannot be minimized through preparation and popped by the individual going through the change, a manager must find a way to assist with popping the bubble.

Popping the bubble involves embracing and assimilating the change. These are two distinct phases that have to be dealt with when popping a difficult change bubble. A person embraces a change when they realize that it exists and is not going away even in the slightest way. A person assimilates a change when they take the first few steps towards living with it.

There are two things a manager must do in parallel to get the bubble popped. The first is to constrain the environment of the person with the bubble so they have to embrace the change. This may mean establishing specific standards of performance, denying them access or involvement in certain aspects of their job, and changing where or when they work. The goal of any constraint is to remove distractions that might take the attention off of embracing the change.

Let’s look at Karen as an example. She, along with the rest of the project managers in her company went through three days of project management training. When she returned to her job on Monday Jim, her manager, announced a new standard of practice for all project managers. At the end of the planning phase of a project, a time and cost baseline would have to be established and used as a comparison to all actual time and cost data from that point on. Karen did not like this as she knew there would be variances between the baseline and actuals on her projects in the future. She had lots of anxiety related to this and Jim understood it too. He told her repeatedly that everyone would have variances and no one would be judged for them until they had enough data to set a standard. Regardless, Karen still would not baseline her current project. Finally, Jim told her she would have to work in his office the next day and do nothing else other than produce and deliver the baseline. It literally took Karen all day to complete the task even though the act itself was only a ten minute affair.

The second thing a manager must do in parallel with constraining environments is offer motivation for assimilating the change. This could be additional time off from work, gifts that align with the employee’s interests, or personal favors directly from the manager. Don’t be afraid to think outside the box and be way over the top. Taking the first few steps in living the change can be very tough and require extra special incentives. The goal of the motivation should be to illustrate how important it is to live the change and how much the manager wants the person to do so.

Let’s go back to Karen’s example. Jim offered her two tickets to a theatrical production she wanted to see and babysitting services to be performed by Jim and his wife if she baselined the project by the end of the day. In Karen’s case this one two punch worked and got the results Jim was looking for.

You may think this is a lot to go through to get a person to embrace and assimilate a change, especially when others might have done so with little concern. There is some truth in this, but if the person is a strong performer and valued by the organization a little bit of situational leadership is warranted.